As part of an initiative led by the cultural services of the French Embassy in Canada, with the support of the Consulate General of France in Québec, coordinated by Alliance Française de Vancouver in partnership with Xn Québec, we are proposing a series of portraits of the XR industry in Canada. Through this series of portraits which discuss the history and vision of these companies, we invite you to discover the talents behind the immersive and techno-creative studios listed in our database of XR in Canada.

This tenth and final portrait focuses on LAB7, the research and development laboratory of the Les 7 Doigts collective. 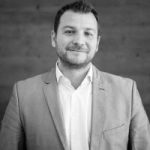 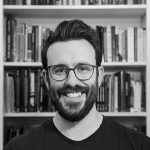 This interview with Alexandre Teodoresco (Strategic Development and Innovation Director, 7 Fingers) was conducted by Philippe Bédard(Québec/Canada XR) on February 25, 2022.

If this series of portraits has taught us anything, it is that the field of XR is still burgeonning, and that Canada has a rich industry at the forefront of this new market. What could be better, then, than a portrait of LAB7, an initiative of the performing arts collective The 7 Fingers whose objective is to explore the limits of immersive technologies. Although it was born in the world of the circus, LAB7 focuses on the creation of hybrid productions, where new technologies meet traditional performing arts. 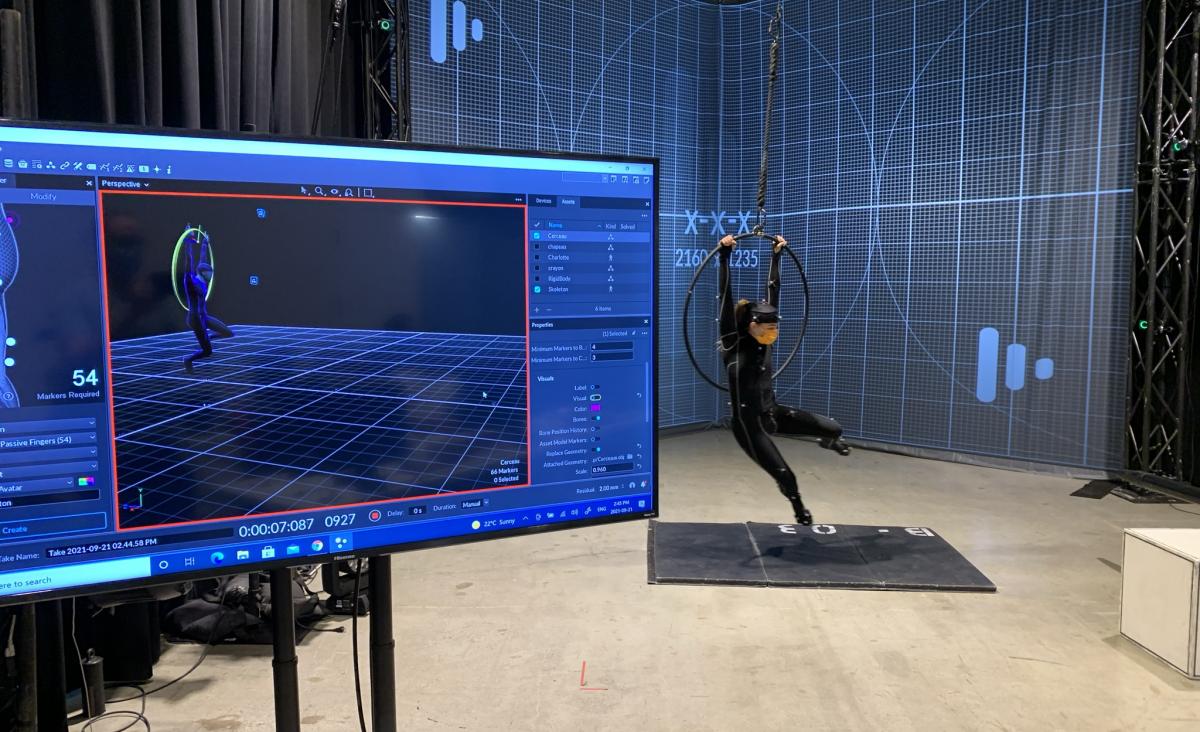 Located  at the 7 Fingers Creation and Production Center, LAB7 experiments with techno-creative practices of all kinds: motion capture, real-time game engines, virtual and augmented reality, multiplatform broadcasting, immersive scenography, interactive environments, etc. Notably, several of these are at the heart of LiViCi (Live Virtual Circus), a project that won the “Real-Time Live!” Audience Award at the SIGGRAPH 2021 event.

In this tenth and final portrait, we spoke with Alexandre Teodoresco, Strategic Development and Innovation Director at 7 Fingers to learn more about this innovative project and about LAB7 in general.

Launched in 2002, The 7 Fingers is the result of a collaboration between seven artists who wanted to do circus differently. The initiative, which has been going strong for more than twenty years now, is constantly seeking to break the fourth wall and immerse its audience through its acrobatic and multidisciplinary shows.

According to Alexandre, the marriage between circus arts and new technologies is self-evident. Since circus is not a “noble art” like painting or sculpture, it has always been interested in the possibilities offered by technologies, whatever they may be. The union is all the more logical as the collective’s vocation is “to redefine circus by stripping down the spectacle to its thrilling essence.” The fruits of this exploration can be seen in a show like Riopelle grandeur nature, which the troupe will present next year as part of Jean Paul Riopelle’s centenary celebrations. Here, an algorithm transforms the acrobats’ movements into paint strokes, so as to transpose the painter’s style into a painting reproduced on stage in real time. See it in 2023!

In 2018, les 7 Doigts launched their own creation center. During the pandemic, the LAB7 initiative took off. As Alexandre explains, “we had to find new ways to make shows.” With this move, the studio’s vocation has been transformed to “build with a toolbox to explore the interactions between bodies and technologies in the context of live entertainment,” he adds.

LAB7’s objective is to equip the artists of the collective to explore new ways of telling stories, but also to learn how to transpose existing knowledge and practices to this emerging medium of XR. That being said, it is also true that LAB7 responds to other needs in the field. Save for a handful of in-house research and development initiatives in studios across the country, Alexandre is of the opinion that, in Montreal, “there was no space where the two worlds of performing arts and technologies could talk to each other.” With this in mind, LAB7’s purpose is used to help the 7 Fingers team, but it also aims to serve the community at large.

“Our strength is the human side,” Alexandre says.  “What we still need to develop is the technological side.” For example, he explains that existing motion capture solutions are too cumbersome to use in the context of performing arts, especially for live performances. That’s why LAB7 partners with other studios across Canada and around the world to advance its projects. For example, for an augmented reality project, LAB7 callled uponOhrizon, a company specializing in tailor-made solutions in augmented reality. Meanwhile, for LiViCi the lab availed itself of the services of Shocap Entertainment, a British Columbia-based studio specializing in motion capture and real-time visual effects.

LiViCi is currently LAB7’s flagship project. As such, it aptly summarizes the studio’s ambitions, as well as some of the remaining challenges. As the name suggests, LiViCi (Live Virtual Circus) has circus performers interact with visual effects in real time, and vice versa. The project has already been presented at workshops in Vancouver and Montreal, as well as at SIGGRAPH in 2021, where it won an audience award. If the trend continues, it will also be unveiled to the general public later this year.

LiViCi will be presented to four types of audiences at the same time: live in theaters, remotely (streaming), interacting on screen (with an avatar), and in virtual reality. According to Alexandre, one of the challenges with this strategy is that the audience is fragmented: “How can you manage a show and tell a story that will be understood in the same way by everyone?” For example, Alexandre explains that a problem arises when moving to a virtual venue, when artists performing risky acrobatics are transformed into digital avatars. “When you turn the artist into an elf, for example, the feeling of danger may be lost. In video games, players are used to seeing their characters perform impossible acrobatic feats.” As you might also imagine, it may be difficult for remote viewers to appreciate the fact that what they are seeing is a live performance.

Faced with this kind of challenge, LAB7 is exploring several solutions. One of them is to integrate screens into the virtual environment. These would allow the audience watching the acrobats from within the virtual space to see them doing their stunts live in the studio. The opposite problem also exists for the artists and the public who would be there in person: how might they appreciate the fact that a whole contingent of the audience is virtually present? “We are exploring several solutions: for example, could people who are attending virtually be seen by those who are there in person by way of rays of light on stage or some such effect?”

Another challenge relates to the infrastructure needed to broadcast this kind of live performance to large audiences. LAB7 is currently working with its partners to develop a cloud-based solution that would allow, for example, to generate parallel instances of LiViCi performances. Finally, the challenge of monetizing such an experience also remains to be elucidated. We can already see that the LAB7 team has thought of diversifying the options for accessing an experience such as LiViCi. That said, they will also have to think about what each option offers to the public. For example, in March 2021, the Royal Shakespeare Company presented its show Dream in both a free, passive, version, as well as a paid “interactive” version. However, interactions were few and far between, and those that were offered were essentially pointless in the grand scheme of the performance. In other worlds, there are risks associated with such solutions, such as potentially calling into question the value of such a show. LAB7 will have to consider this type of issue before the premiere of LiViCi.

As a research and development laboratory, LAB7 is constantly looking for innovation. However, according to Alexandre, “innovation in this new environment will come not only from artists or the technology industry. The two industries need to come together and join their efforts.” This is why, in its own quest for innovation, LAB7 does not hesitate to partner with other studios that would complement its own expertise. As Alexandre says, “the best partnerships are those where we partner with a company that is strong in terms of technology.” We see it with LiViCi, where the Montreal-based studio went looking for a partner to complete its technological toolbox, mainly in terms of motion capture and real-time visual effects.

The fact remains that the field of XR and the technologies that accompany it are still in the development phase. “We are in an exploratory phase, and no one has the final answer. You have to give yourself the chance to experiment and the chance to fail,” Alexandre concludes. However, this exploration must be supported and encouraged, especially by the donors both public and private. “We have a very high concentration of talent in Quebec. If there is a moment to support innovation, it is now, during this phase of exploration where everything is to be done.”

Deep Dive into Canadian XR – Portrait of Dark Slope (ON)

Do you want to develop a collaboration with Canada? Discover Canada’s immersive and techno-creative studios by checking out Québec/Canada XR’s living database of XR in Canada.

Your Canadian studio doesn’t appear in the database? Promote your studio, your expertise and your main sectors of activity by filling out the following registration formto benefit from its visibility.

More Articles for You

Deep Dive into Canadian XR – Portrait of Dark Slope (ON)

Version Française As part of an initiative led by the cultural services of the French Embassy in Canada, with the support 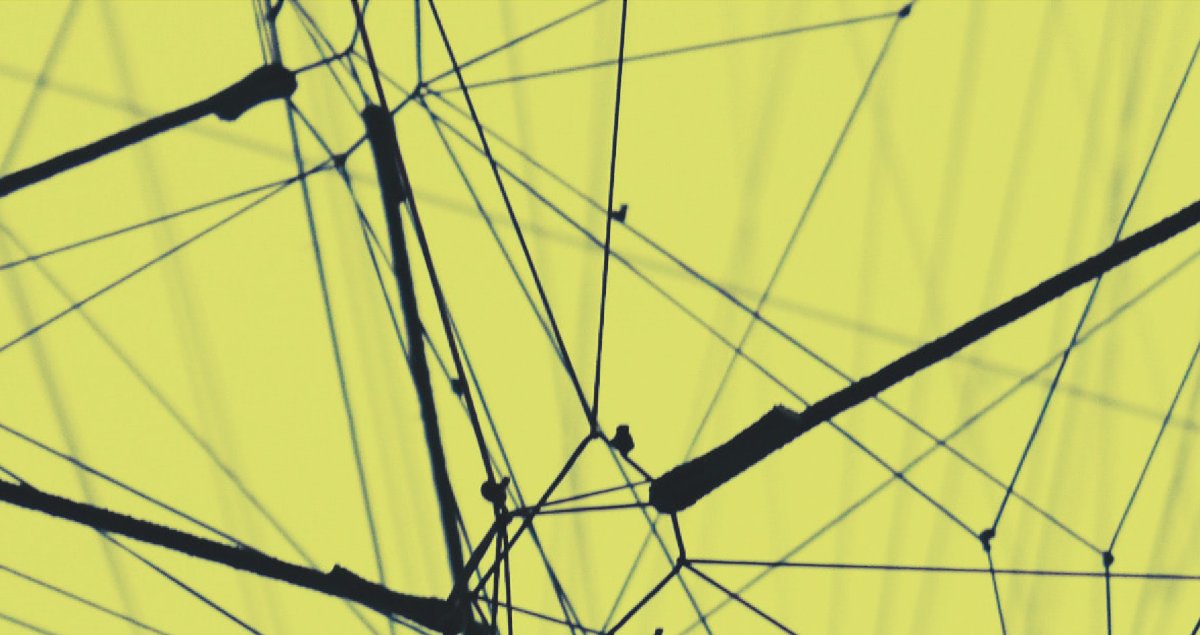 Ahead of the publication of its Study on XR Distribution, Québec/Canada XR is delighted to share some of the interviews

Version Française As part of an initiative led by the cultural services of the French Embassy in Canada, with the support